The images shot between 2010 and 2015 were carefully chosen to respond to one another and retrace an existential beckoning.

In an effort to seek a wide open vision of the world and to nurture self-examination, the artist captured these images
that shape the book project The Cult of The Self.
A wider selection of images circulated freely on the web, were shared to spark discussion and submitted to a contest, a festival
and readings, before returning to their digital form.
The making of the flatplan was impacted by an encounter that brought answers to previously unresolved questions:

-Aside from the financial aspect, what comes of selling one's images? Why exhibit them? Under which circumstances?

The artist then realized that capturing images, working them, meditating on them, making a book of them are not an end in themselves.
They are a means to an end: to unite. To unite with oneself, with others, and this union is channeled by the transmission of one's work.
Thereon after, the sale was reassessed as the most prominent form of such a transmission, the material counterpart of such union
and an engagement established between the artist and the patron.
However, to be meaningful, the transmission should be spontaneous. It is conducted outside the realm of institutions, without promotion
and always at the discretion of the patron.
A direct link is sketched between the artist and the inquirer. The image finally fulfills its purpose within the intimate setting of its new owner.
Such display becomes ubiquitous as new patrons inquire. To make it visible and seal the union, the artist photographs each image
within its own unique setting.
The resulting large format images shape the series Virtuous Circle. Every image that is exhibited or sold entails a new photograph
in a different setting.
A recursive dynamic begins to operate within each image, in which each setting has the potential to extend the mise en abyme and
further the union between the artist and the partaker.

The installation aims to emulate such a dialogue and union. 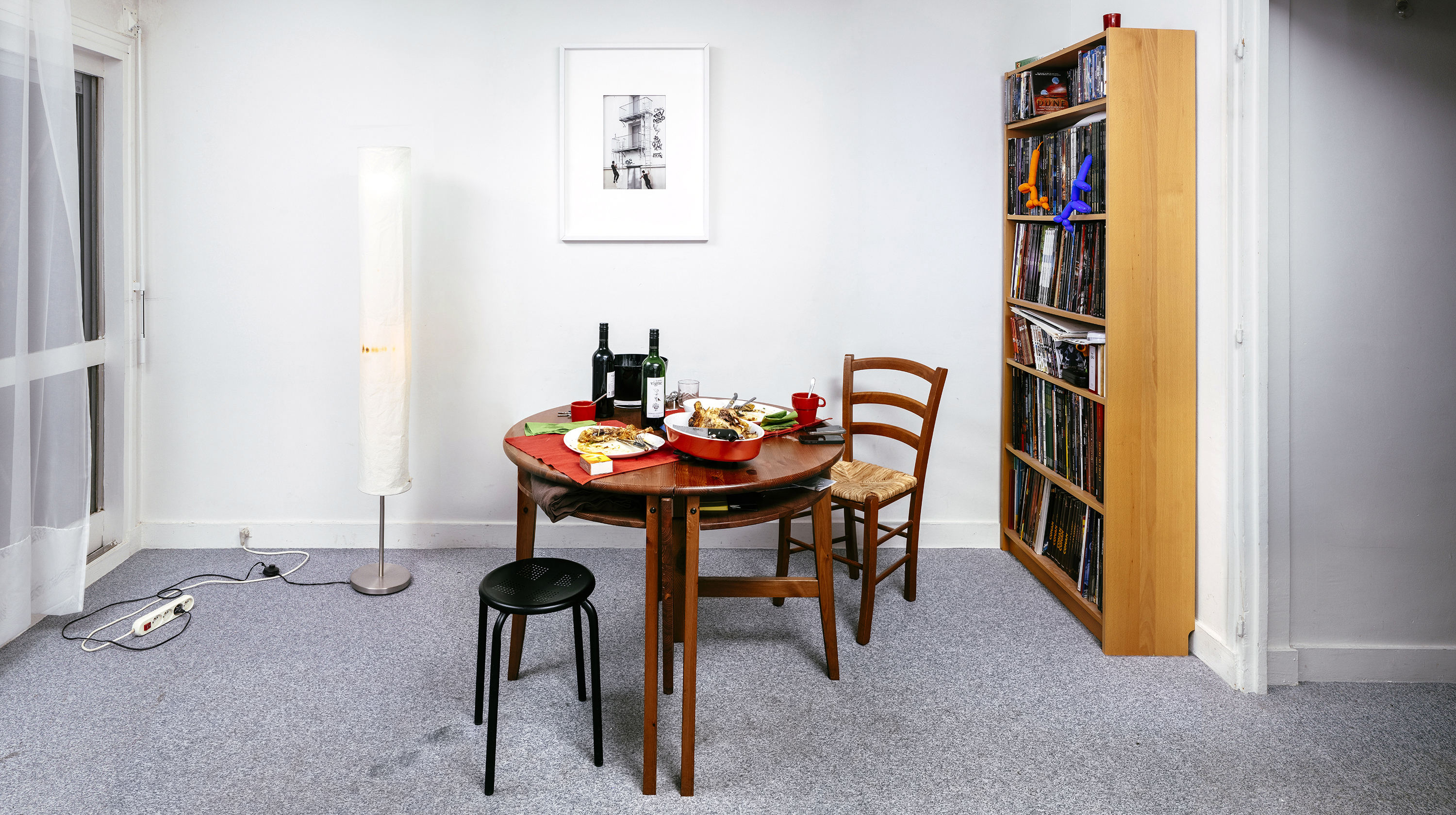 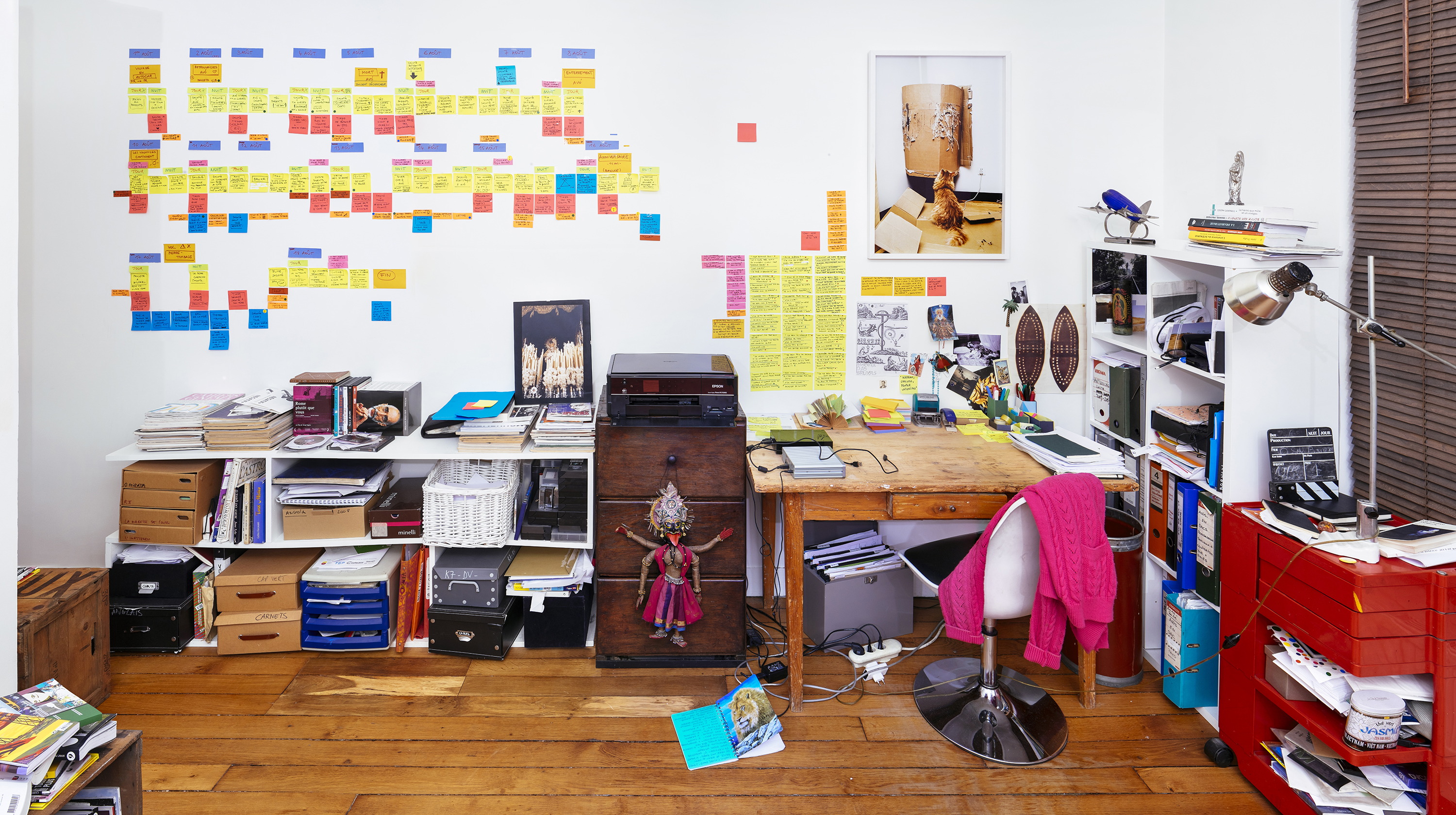 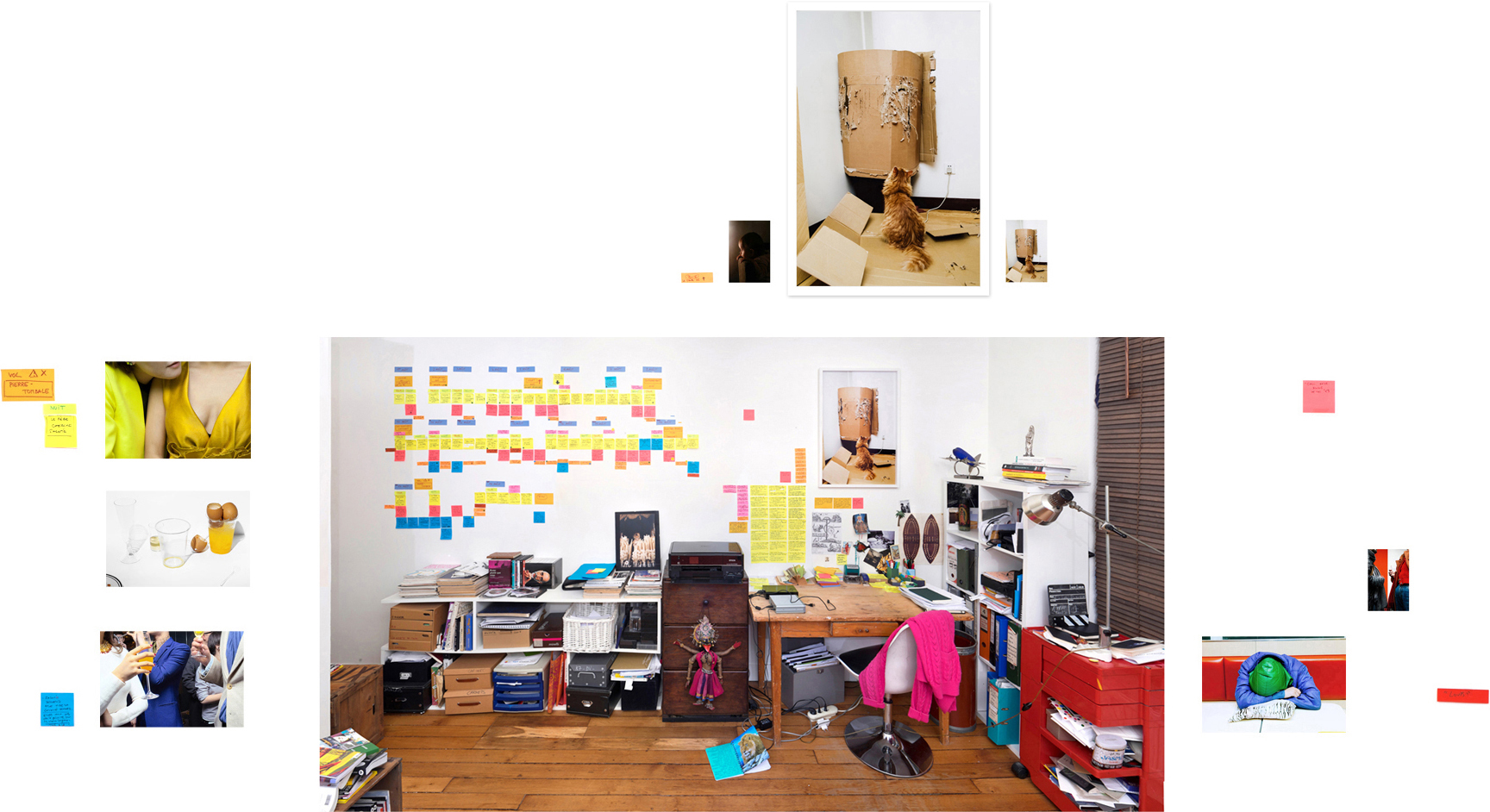 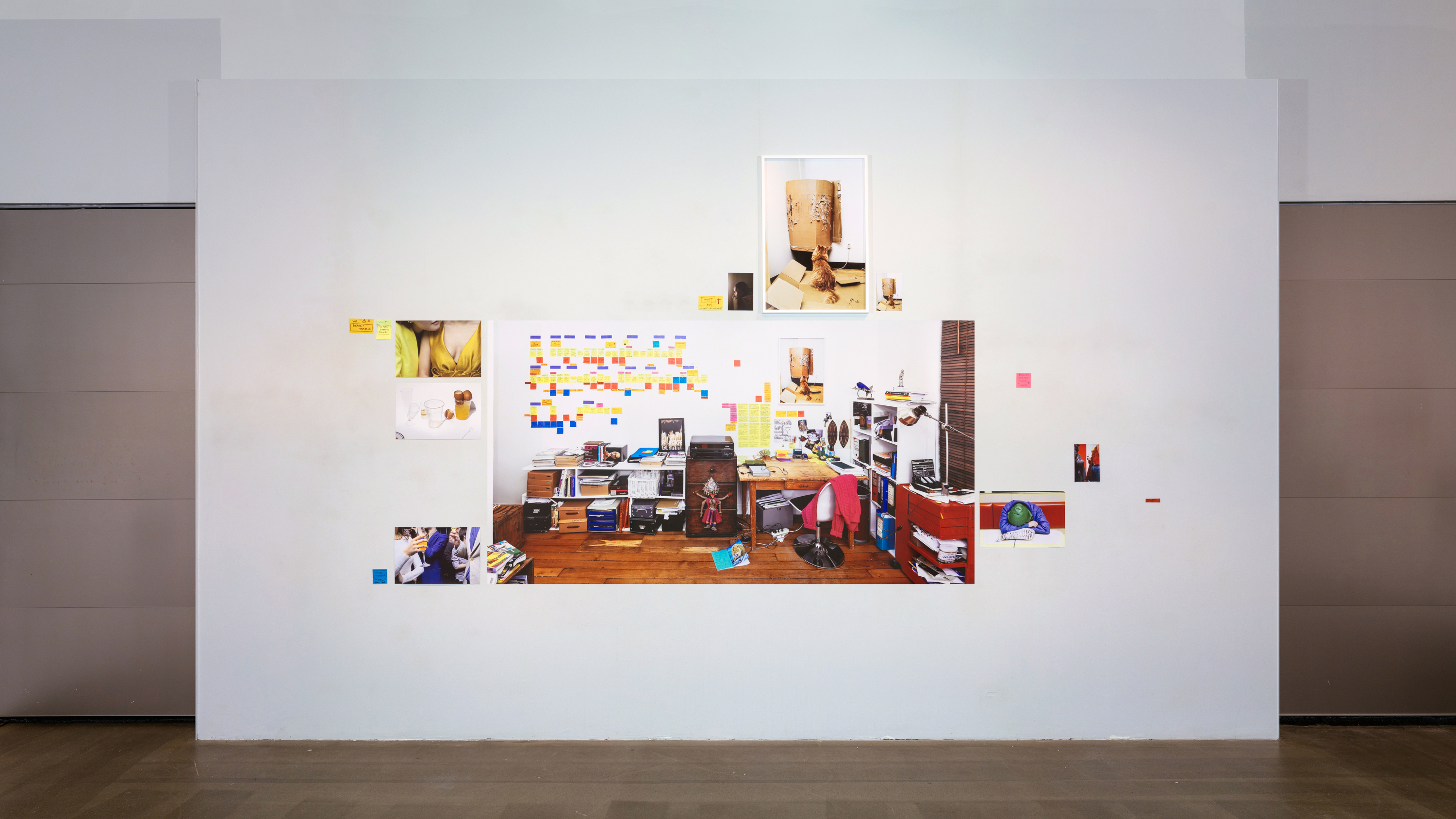 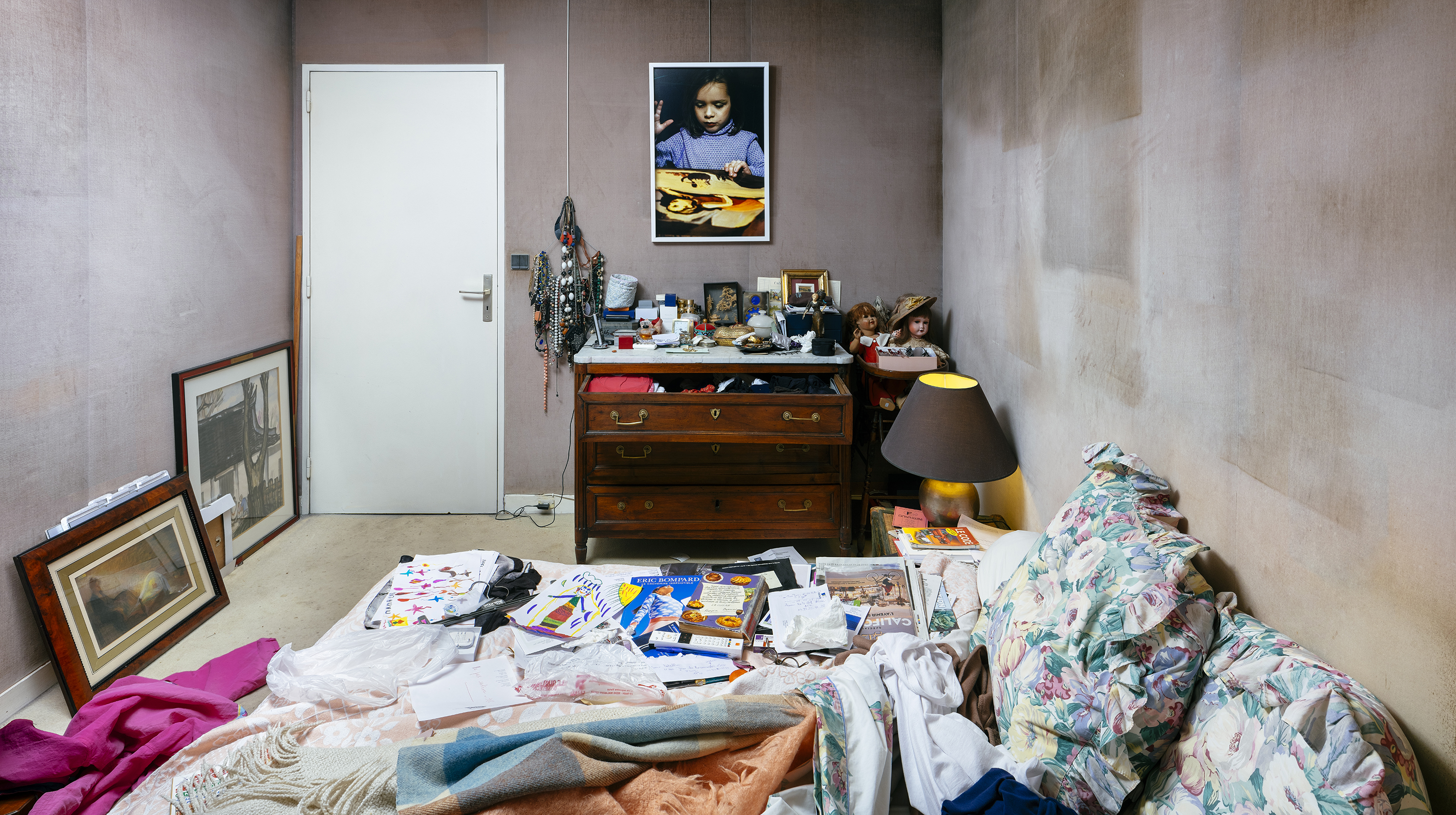